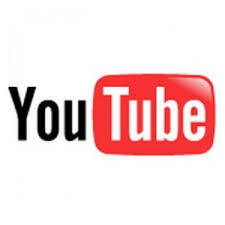 I’ve had one of my Dillon 550bs set up for 38 special for a long time. It was one of my most loaded calibers in my life. People often ask for 357, But I hate to do the change and have to re-adjust everything to do so. Along comes this product, one so simple one askes “Why didn’t I think of this?” by pulling the pins and a shim, I can swap from 38 to 357 (or 44 special to 44Mag)

I liked the idea so much, I bought two. If you like the idea too, email dougwilliams at embarqmail dot com, He replies quickly, and will accept 64 and prior silver coins as payment. (which I have, but was to lazy to do)

I’m eager to be able to quickly switch over to 357, several people have requested that I load some 357s.

Here is a video of how it works

My Crimp Die came in on Friday, so that was all I needed. I got 50 new brass loads done, as well as 20 once fired reloads complete this am.

Got a bunch of 300 AAC Blackout loaded today on one of my spare 550s. Ruined a couple in the process, but have a few samples to test with the chrono next range trip.

As is typical with 2 die sets, there is no crimp die. As usual with no crimp die, I’m not happy with my loads.

So, I ordered this:

Now that I have all the parts, and most everything is set up. The last decision still looming is the choice of powder for these. Of the twenty-some various powders I have on hand, I have no reloading data for the 300 Blackout for any of them. I’d think it would be fairly close to the 223, but I guess not. Only publication that I have with data is Hodgdon Annual Magazine.

This is some nice looking stuff. I went cheap on dies, mostly because what I wanted wasn’t in stock at the time, worst case I’m out a little $ when I buy something else. Here’s hoping that LEE can do the job.

Turns out I’m out of H110, well, not so much OUT, I have two cans, but they are more than 20 years old, possibly more than 30 years old. I’d rather spend some $ on some newer powder.

Managed to find the person that must have ended up with all the 300 blackout RP Green/White box ammo out there. Seems they have 5300 boxes of it! And at 11.06 per box, its 93cents, or 8% better than the pricing at MidwayUSA. Ironic that I found this just a day or two after I ordered new brass to load myself, but thats how it works.

I purchased my AAC upper from a shop in GA, I had never heard of them before, but figured they were selling a known item, so not much could go wrong. When I called to place the order, I inquired if they had any ammo, which they did. I had seen Gunn Ammo for sale on GunBroker.Com, but had never used it. 300 Blackout ammo is so hard to get, I was willing to try anything.

I was impressed with fit and finish of Gunn’s offerings, and very happy it was actual 300 Blackout head stamps. My first 40 rounds of Gunn Ammo’s 300 Blackout 147 grain FMJ Supersonic yielded some impressive results, though that consistency relaxed during boxes 3 and 4. Since this upper has so few rounds through it (80) , I’m not making any conclusions, but I wanted to try some other ammo to get some rounds through it, and judge the accuracy further.

About the best pricing I was able to find for Gunn Ammo was $16, which is still about 4$ (25%) more than the cheapest ammo I’ve seen listed. But still about 1$ less than anything else actually available.

I look forward to more Gunn Ammo tests down the road once I can get past the 200 round mark.

Concerned I might not be shooting this newest rifle build as much as I’d like, I finally caved in and purchased some components to “roll my own”. This will get me at least 500 to get started.

Factory ammo best case seems to be about 60cents per round.

Cost to make it myself:

I’m sure I could get the price down using a cheaper bullets, but this is what I’m doing for the first go round, we’ll chrono them and see how they perform Its been a month now since I got my 300 blackout upper. I picked up 100 rounds of ammo at the same time, regular factory ammo was hard to find or expensive, or both. I ended up with Gunn Ammo from GA. It used 300 blackout headstamp brass, and seemed to be ok, though other reviews I’ve read weren’t so nice. I’ve had an order in with Midway for 3 weeks, and the backorder date has been pushed out 4 times. It was supposed to ship yesterday 2/12/12, but I checked in to see it pushed out to 3/22/12. It scares me that Midway has so little a clue when product is actually coming in, but it really bothers me that this round that everyone under the sun is making parts for, could be so hard to find loaded ammo for. If I wanted to spend 1.50 a round, I’ll just go take my .308 out and get the job done, but I don’t. I don’t even have enough brass to justify a dies to load it.

I’d prefer 300aacblackout headstamps, just because thats how I am.

This is the 300 Blackout ammo that I have on backorder

Has anyone found an in stock source to buy ammo?

And I’m still unable to find a set of dies that I like.